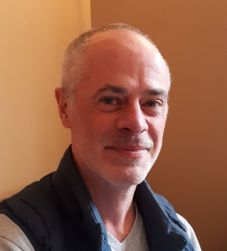 After trying a couple of other professions first, Clive spent nearly 30 years designing and developing software. He specialised in database design and system performance, working for a wide range of national and international clients in a variety of industries; in both the private and public sectors within the UK and overseas.

Since retiring, Clive has focussed his efforts on making things and whenever possible, having nothing to do with computers. In part due to his interest in all forms of renewable energy, Clive and his wife purchased Ludford Mill as their family home, in 2017.